Skip to content
It’s often assumed that Middle Eastern or North African food is my favourite type of cuisine. But the food I like to cook is not always my preferred choice of food I want to eat. It’s maybe because I spend so much time cooking food from the Middle East, that when the opportunity comes to eat out, I often look to other parts of the world to satiate my hunger.
Malaysian food is right up there as one of the cuisines I adore the most. The melting pot that makes up its population drives and shapes the culinary culture, with Thai, Chinese & Indian influences all found at the root of Malaysian cookery. What’s not to love about that?
London is not overrun with reputable Malaysian restaurants by any means. One of the best and most authentic experiences I’ve had was eating in the Malaysian Hall Canteen just off the Queensway in West London. It’s funded by the Malaysian High Commission with the intention of feeding overseas Malaysian students at student prices. 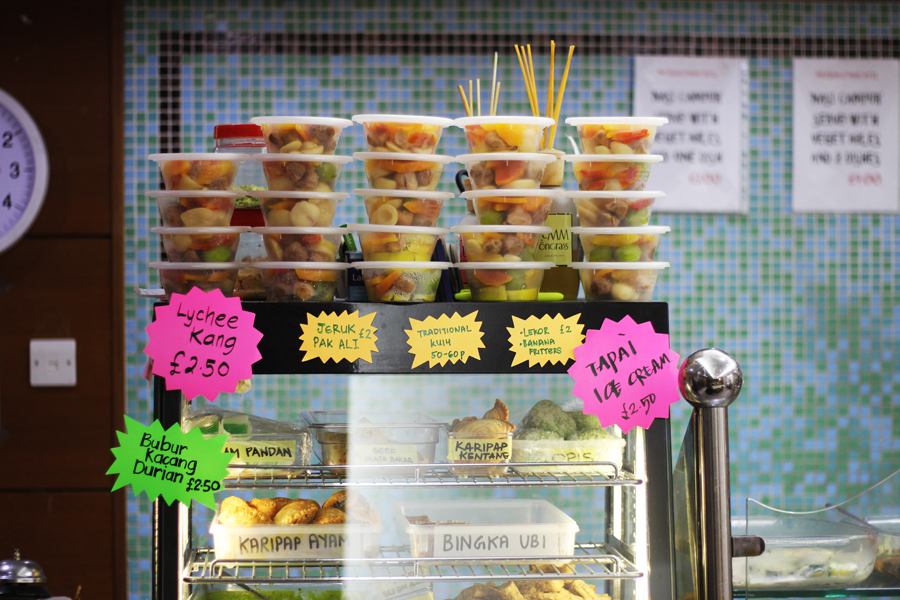 Photo Credit (http://www.poshbrokebored.com/)
If having to convince some aggressive Malay dinner ladies that you really are a broke Malaysian student in order to be fed, is not your kind of thing, however, I’d recommend heading instead to Satay House, which is not too far away over in Paddington. There you won’t be judged on appearance and your custom will be willingly received. You’ll also be served what I consider to be some of the best Malaysian food in the city, though admittedly not at student prices.
I’m tempted to tell you to get the satay but that just seems too obvious. Go for the Nasi Lemak (Steamed coconut rice served with prawn sambal, cucumber, peanuts, fried anchovies and boiled egg) rather, or else get the Rendang Daging (beef rendang). And always, always, whatever you do, make sure you order some roti to share.